Flatland has the gift that I most often covert in the work of other writers: the ability to make everyday events compelling. Whereas my two published novels and the one I am working on now all feature characters pushed to breaking point by extraordinary events — my way of cracking people open to get at the workings within — Flatland finds the drama in the quotidian and makes us see how even something as mundane as clearing the table can be fraught with meaning and tension.

Days of Reading by Marcel Proust

Flatland operates on the level of fine detail. This precision makes the novel deeply synecdochic, with almost every small exchange and event standing for momentous shifts below the surface. There are also a few wry interjections from Flatland. This knowingness is occasionally a problem. His insights into his predicaments sometimes feel too precise to be quite real. It reminds us how full and rich life is, how the quietest existence can brim with urgency and drama — and how much wonderful writing we English speakers have yet to discover.

My latest featured read marks another welcome addition to the anglophone literary world: the first commercially available translation of a novel from the Comoro Islands off the coast of Mozambique. Over the course of its pages, we accompany Eel through the major events that have shaped her, exploring her internal and external worlds until we come to an uneasy understanding of the forces that have simultaneously made and destroyed her. The book is a canny choice for English translation.

This contrarian streak means that Eel is unpredictable and consequently fascinating. She also delivers some powerful insights along the way.

Zamir and Higgins have clearly taken this advice. The text throbs with striking imagery. Here, the crashing together of two distinct areas of experience — the wetness of the sea and the dryness through which insects usually move — creates a wrenching effect that conveys the violence of the scene. There are occasions where such unusual images tip over into farce. The narrative often rambles. Vivid, striking and surprising, this is an impressive work. That it is the first Comoran novel to be commercially published in English almost feels irrelevant.

The author of my latest book of the month is a rare exception. I dived in and was quickly absorbed in what has turned out to be one of my favourite reads of the year so far. Taking place in the space of a month, the novel follows the experiences of Alphonse, a musician-turned-decorator who has moved with his girlfriend to the rural district of Belgian Westhoek. Discovering that his work and manner often encourage clients to open up to him, Alphonse is quickly immersed in a web of personal tragedies, comedies and intrigues that spreads out across the pages of the novel, binding together everyone he meets and leaving no-one, but especially the protagonist, unchanged.

This is an immensely stylish book. With a strong instinct for the loose connections and quirks in human interaction, Verbeke presents a large cast of memorable and compelling characters. No matter how slight their involvement in the narrative, each of them feels rounded and finely drawn, and comes to us in the midst of pressing dilemmas.

From the furious, butterfly-obsessed translator Alphonse encounters at a retreat building he is contracted to paint to the kebab-shop worker with a penchant for ice sculpture who slices off his finger in the process of preparing a shawarma, they all command attention and convey the impression that what we see of them is the merest tip of a deep iceberg of experience and feeling. This is particularly true of the protagonist, Alphonse.

The manner in which his history is revealed is incredibly skilful and invites readers to interrogate their assumptions. 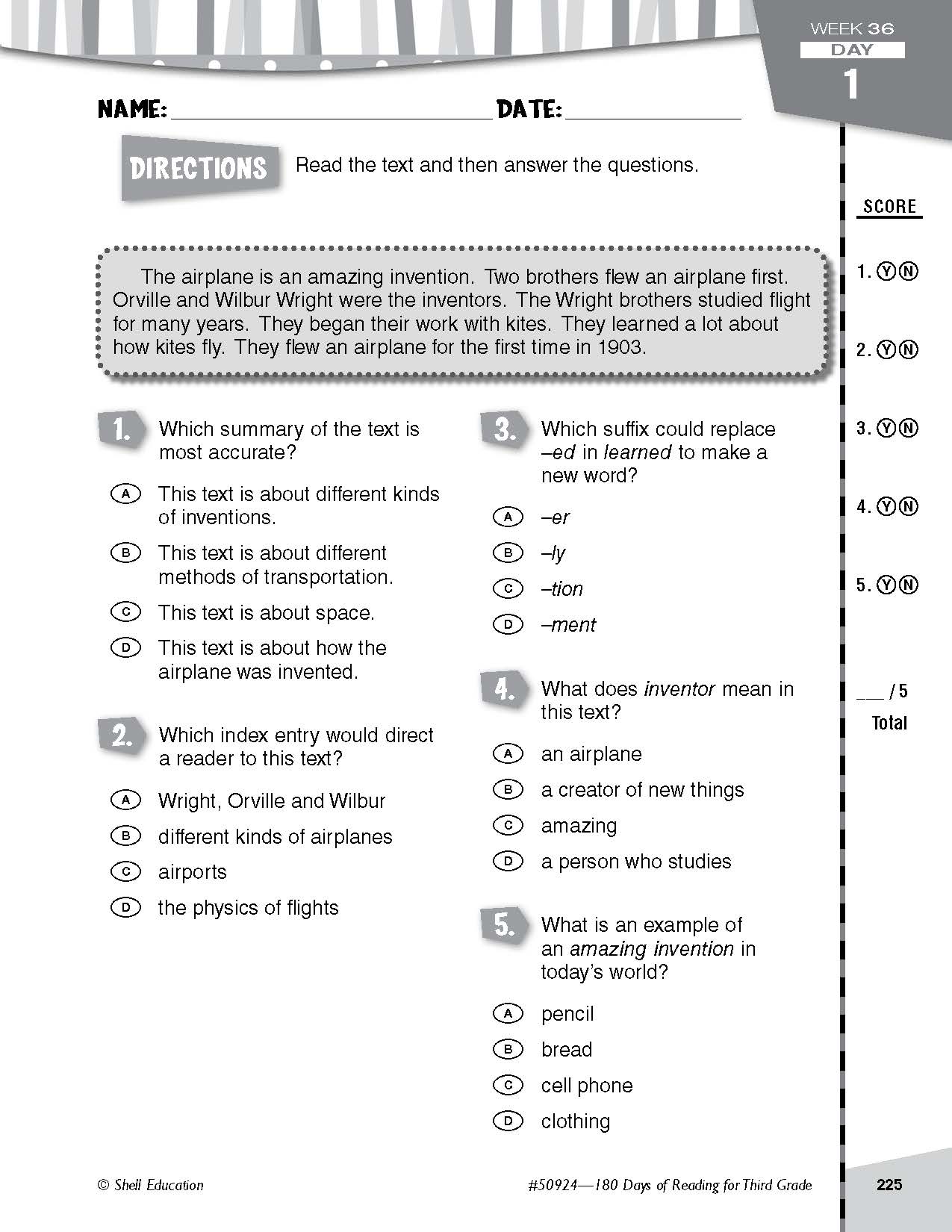 All the facts it features have an impact on the story and the writing hardly ever feels showy. The result is a profoundly moving, insightful and witty piece of work, a book that has the capacity to make readers laugh and cry.

reading 116 pages every day for a month

It is, quite simply, fantastic. I can well believe it. Among the numerous things I enjoy when I learn about other international reading quests is finding out what specific parameters the reader in question has set themself. Although many global book projects look similar at first glance, no two are identical because each becomes a reflection of the concerns and interests of the person at the centre of it. People might choose to categorise books by setting, for instance, or to seek out works in a particular genre or from a set time period.


Sometimes, these parameters illuminate important issues about the way stories circulate. Having challenged herself to journey through some books by women by , Sophie has shone a light on the serious imbalance in international publishing, which still sees female-authored works making up only around 30 per cent of the books translated into English each year.

This is a problem that a number of campaigners are working to tackle, perhaps most notably translator Meytal Radzinski, who established Women in Translation Month back in Certain that Sophie must have discovered some gems on her literary travels, I contacted her recently to pick her brains for recommendations. Duong Thu Huong has an exceptional instinct for the way that tension fuels a compelling story. Replete with dramatic encounters, this book is a rare beast: a literary novel with a gripping plot.

Although many of the most powerful scenes centre on the main characters — with exchanges between Hang, her Aunt Tam, her mother and her uncle all working to reveal the complex web of emotions that snares them — there are some striking cameo appearances too.

Their shadowy past seemed to be both a bond and a yawning chasm between them, wedding their destinies and sundering their souls. There are numerous examples in the text but one of the most memorable involves the account of the villagers being goaded to turn against their neighbours following the classification designed to root out wealthy landowners. The rapidity with which people denounce their friends is chilling.

In her foreword, co-translator Nina McPherson warns that the Orwellian quality of the Communist rhetoric spouted by certain characters is deliberately satirical, as if worried that such sections might jar or disconcert readers. However, to my eye, the narrative shifts gears smoothly, moving seamlessly between descriptive passages of sometimes spine-tingling beauty to the harsh registers of many of the exchanges.

Nevertheless, the book is not without its flaws. Although for the most part deftly handled, the complex, flashback-laden structure yields the occasional jolt and sag. The device of harnessing something in the present to evoke a past event is a little overused in the early half of the book, with the result that a few of the transitions feel artificial. In addition, with the exception of intriguing figures such as the sinister married couple mentioned earlier, some of the walk-on characters seem redundant, almost as though they are remnants of threads or scenes cut from earlier drafts.

It is at once engrossing and enlightening, a compelling narrative that leads readers through experiences and settings rarely represented in the English-speaking world. This week saw me heading to Amsterdam. I went there at the invitation of international bestselling Belgian author Annelies Verbeke. As part of this, Verbeke was keen for me to speak about my journey through international literature.

It was a great pleasure to be back in Amsterdam. I caught myself half-wondering if I might bump into her in Vondelpark. The visit was also a lovely opportunity to catch up with writer friend Gaston Dorren. Dorren and I have stayed in touch since we shared a stage at the Edinburgh International Book Festival back in My visit coincided with a special day for him: his latest book, Babel: Around the World in 20 Languages , had just come out in his mother tongue, Dutch. When we met for lunch, he had just picked up his copy from his publisher.

As you can see, from the photo, however, he was very self-effacing about this achievement. I was intrigued to hear about her work at VU, which, among other things, has involved gathering volunteer translations of short stories from around the world. I was also thrilled to discover that Verbeke has been inspired to mount her own international literary quest and has so far read books from 75 countries. We talked enthusiastically about some of the many questions around cultural identity and authenticity that such armchair travels uncover, and I picked her brain for recommendations.

The evening event was an extravaganza. Everyone was extremely gracious and welcoming, however, and the staged discussion Verbeke and I had with fellow author and host Abdelkader Benali was fascinating. Over a drink afterwards, I asked Benali more about his work. Although we English speakers only have access to his first novel, Wedding by the Sea , the Moroccan-Dutch writer is prolific, particularly as a theatre-maker. His explanation of the process he goes through to develop shows and the emotional investment that each of the performances requires was wonderful.

A little while ago, I was contacted by Anna, a teacher at Go-English language school in Blagoveshchensk city on the border with China in far east Russia — in fact, she tells me, you can see China just across the Amur river pictured above in one of the photos she sent me. Anna and her students had been discussing this project and wanted to know about my Russian choices. I sent back a reply and a question — which book would her students choose for me?

After witnessing the murder of her harsh husband by government forces charged with disenfranchising wealthy peasants kulaks , Zuleikha is exiled along with thousands of others to a remote region of Siberia. There, the handful of them who survive the cruel journey must build a society from scratch, questioning and overturning many of the assumptions on which their former lives rested in the process. After Zuleikha leaves her hometown and embarks on the punishing six-month train ride around rural Russia that will be the death of many of her companions, a softness creeps in as she begins to forge connections with those around her.

This in turn shrinks to baldness in the early days at the settlement, where life is reduced to nothing but a series of punishing tasks necessary for survival, before blossoming to readmit wonder and creativity, seen through the eyes of a child and captured in art. Tonal shifts notwithstanding, the ingenuity required to survive remains a constant theme.

The supreme example of this involves her portrayal of the breakdown of celebrated medical professor Volf Karlovich, who spends many pages believing that he is insulated from the horrors surrounding him by virtue of the fact that he lives inside an egg, until events force him to break out of his imaginary shell and engage with the real world once more.

The unfolding of this episode is exquisite and credit must go to both the author and translator Lisa C. Hayden for the work they have done to imbue it with such tenderness and power. Indeed, the nature of the story — in which life is stripped back to its essentials and imagined afresh — necessitates a certain amount of simple, technical description.


At points, there is a level of detail and lingering on certain incidental bits of information and action that some anglophone readers may find frustrating, given that such passages would usually be paced differently in comparable English-language novels. There is also a fair amount of recapping, some of which feels redundant.

Overall, however, this is a triumph of a book. It is a masterclass in synthesizing historical research with imagination and insight into how people think and feel. Thanks to Anna and the B2 students at Go-English in Blagoveshchensk for bringing it and the other titles above to my attention.